I started 2017 by sleeping through midnight and dosing myself up with cough syrup and paracetamol, due to being the 7th person I know to go under with the flu…not exactly hitting the ground running like I had planned.  So while I’m eating all the chocolate that’s left in the house (how else is it going to disappear so I can start this “new year, new me” sh*te?), I decided to bake some porridge bread to keep me on the somewhat straight and narrow for the rest of the week.

There are numerous “porridge bread” recipes out there, as a quick Google search will show, however this is the one my dad uses (the aforementioned super-baker) and as I’ve had a few requests for a recipe, here is his. 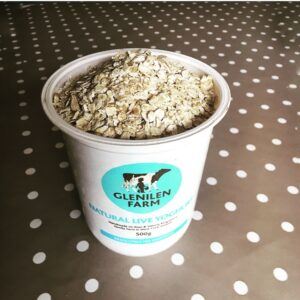 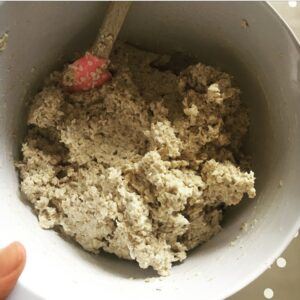 Mix the yoghurt and the bread soda in a large bowl and let them “work” while you preheat the oven to 180 degrees celsius. The yoghurt will start to swell and air bubbles will appear. I tend to do this while unpacking the shopping/making dinner/cleaning the house etc as the longer you leave it the better a rise you’ll get out of the bread. 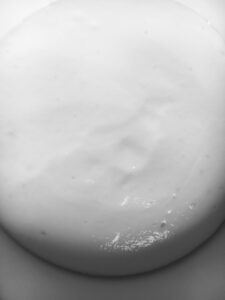 Grease a baking tin with butter or coconut oil.  When the oven is hot, mix in oats as described above, followed by the salt, and any other seeds you fancy.  If it gets too dry, you can always use a little bit of water to adjust the consistency further, and pop it all in the bread tin. 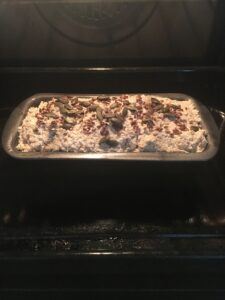 The lower shelf of the oven is better, otherwise you can end up with a burnt  top and undercooked centre.  50 minutes is a general guideline, but I always check it after 40-45 minutes and if your oven is fan assisted it might be done at this stage.

You can slice this and freeze it, as it does go off pretty quickly (but if you’re anything like me when it comes to bread, this won’t be an issue).  Typically, this is made with dairy yoghurt, but a vegan friend of mine has made it with soy yoghurt and achieved a general bread-like consistency – so feel free to experiment with it if you want a dairy-free option.  Let me know how you get on!